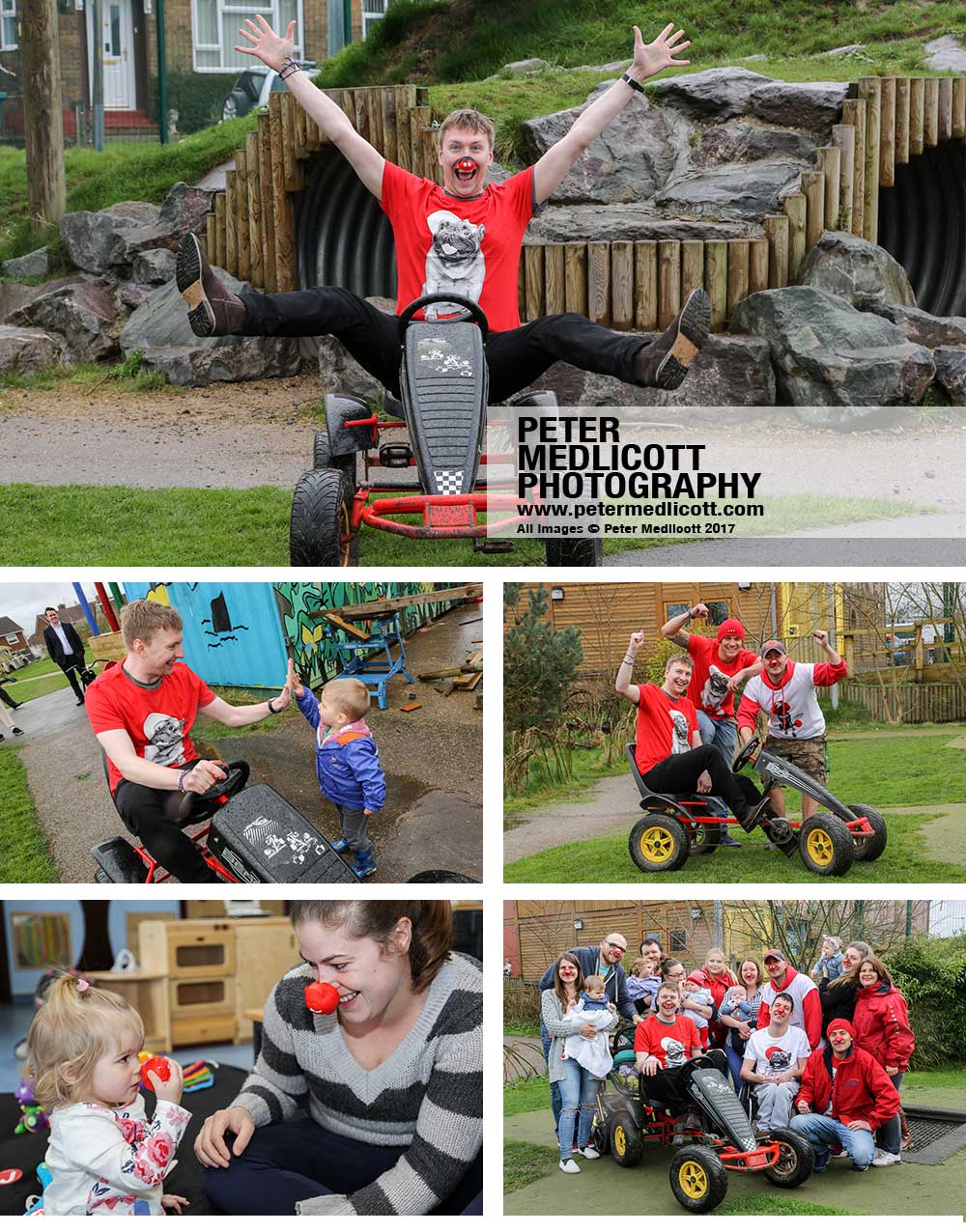 In the run up to this year I was busy in PR photographer mode running around Birmingham, Oldbury and Dudley in the West Midlands shooting PR and Press Photographs for Comic Relief to promote fundraising efforts and the main event.

Out of all the shoots, this one has to be the most fun. I met up with comedian Joe Lycett at the Sycamore Adventure Centre in Dudley where he was meeting the staff and kids who use this awesome play centre and having a bit of a razz on the go karts that Comic Relief had funded.

Even better, Joe appeared on the One Show later in the day and my pics from the day appeared on the show to illustrate why he was covered in mud (from jumping in puddles and riding Go Karts!).

A fantastic cause, a really nice guy and despite the constant drizzle, a great day!